7th graders visit the Ruđer Bošković Institute to learn about chemistry, environmental research and much more

After our fifth graders visited the Faculty of Mechanical Engineering and Naval Architecture and the sixth graders visited the Faculty of Chemical Engineering and Technology, the seventh graders went to the Ruđer Bošković Institute (IRB) in Zagreb. It’s one of our leading scientific facilities doing research in theoretical and experimental physics, physics and chemistry of materials, electronics, physical and organic chemistry, molecular biology and medicine, sea and the environment, computer sciences, laser and atomic research. During the visit, the students participated in several workshops in the fields of biology, chemistry, physics and environmental studies. 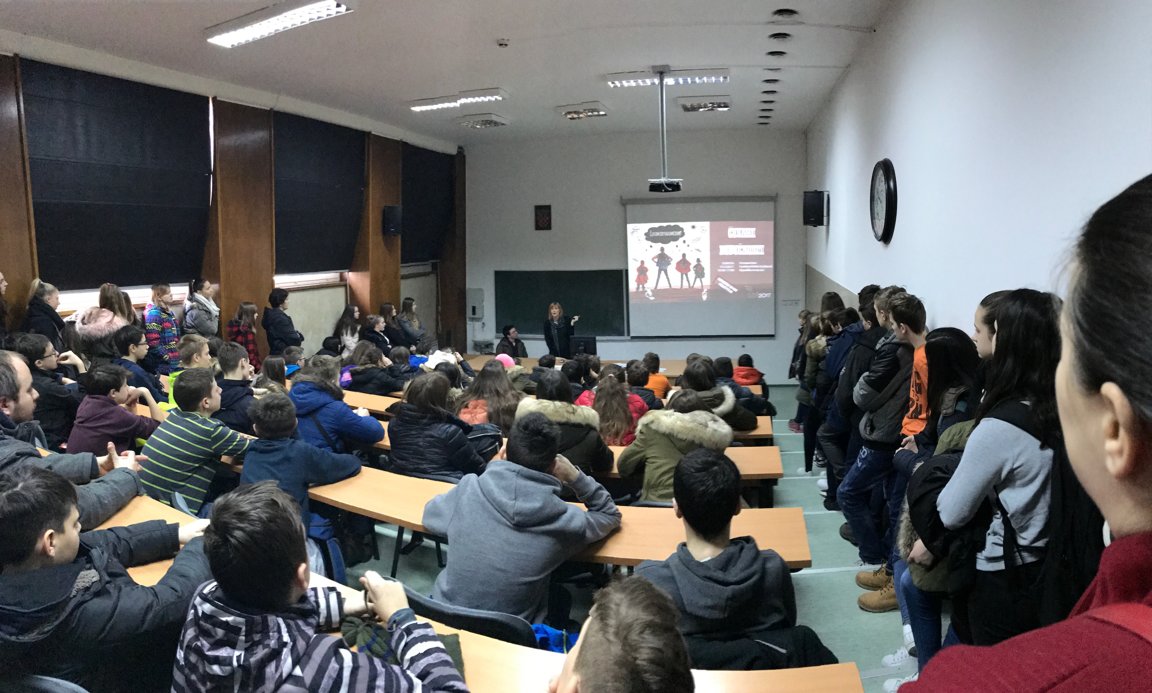 During the workshop „DNA Isolation“, students heard about ongoing research projects at the Department for molecular medicine of the IRB, with a focus on the Laboratory for Neurodegenerative Disease Research. They visited the sterile room for cell research where they got acquainted with the models used to investigate medical questions and a biochemical lab where the grown cells are analyzed. After a short tour of the labs, students were given the chance to isolate the DNA of a banana on their own and learned about the relevant research methods, as well as features and structure of DNA. At the end of the workshop, each student got a souvenir of the visit – the DNA they isolated on their own! 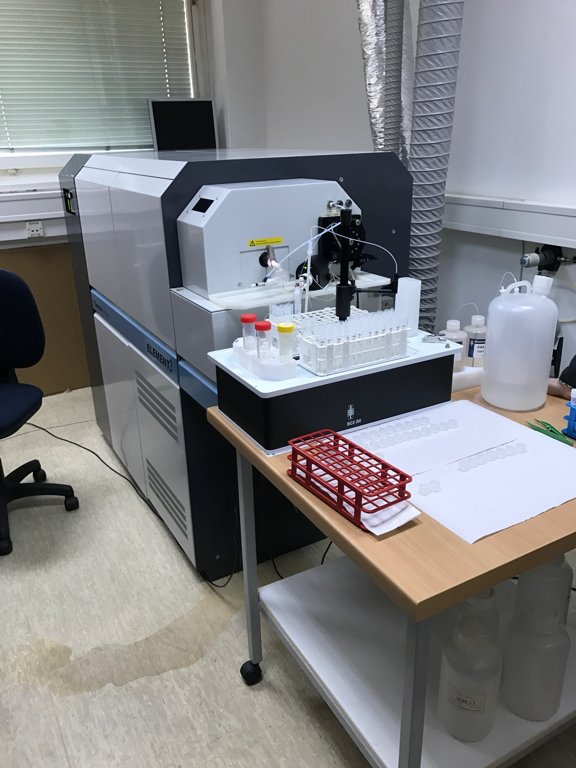 The workshop „What do chemists do?“ focused on showing students different models in chemistry, and with the help of the models and worksheets explained the concept of chirality. The second part of the workshop consisted of several attractive demonstrations which illustrated key concepts in chemistry – physical and chemical changes, acids, lyes and indicators, the composition of air, gas features, etc. – as well as linking chemistry to physics, biology and everyday life. 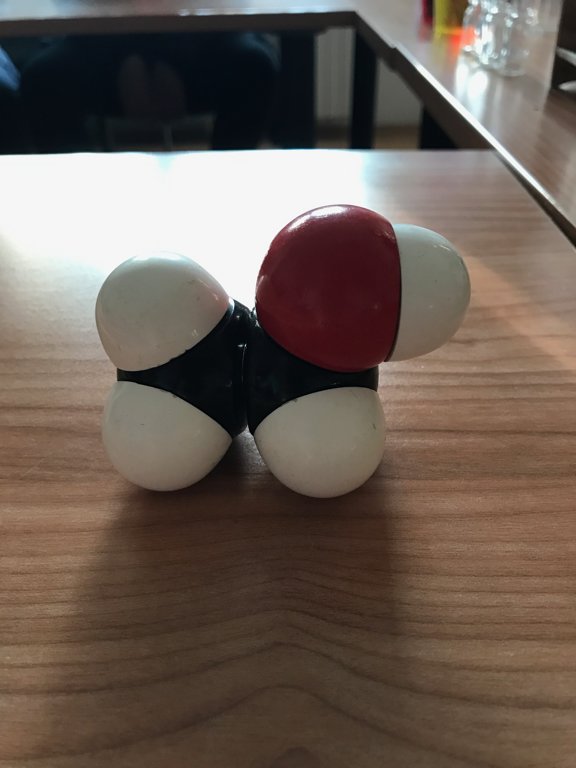 „New materials for chemical hydrogen storage in solid form“ was another workshop where students experienced practical laboratory work on their own. They were given the task to weigh several samples of lithium and sodium and lithium hydride in a dry chamber with an inert atmosphere, to use later in a series of experiments. Apart from these, another reacting composition was prepared for a demonstration of a mechanochemical reaction, by ball milling in a container of strengthened steel. After the synthesis had finished, the container was opened in the dry chamber where the sample was transferred to the appropriate receptacle. Subsequent measurements showed students had in deed managed to prepare the desired product, which was sent for further testing as part of the ongoing research.

The second hands-on part was a theoretical quiz in chemical elements and the meaning of the periodic table. Students were asked to produce reactions of water with lithium, sodium and sodium hydride. This was meant to show the similarities between the elements and their hydrides, as well as the differences in reactivity. The observations were discussed with the students, which resulted in jointly achieved insights, which are crucial for understanding chemistry. 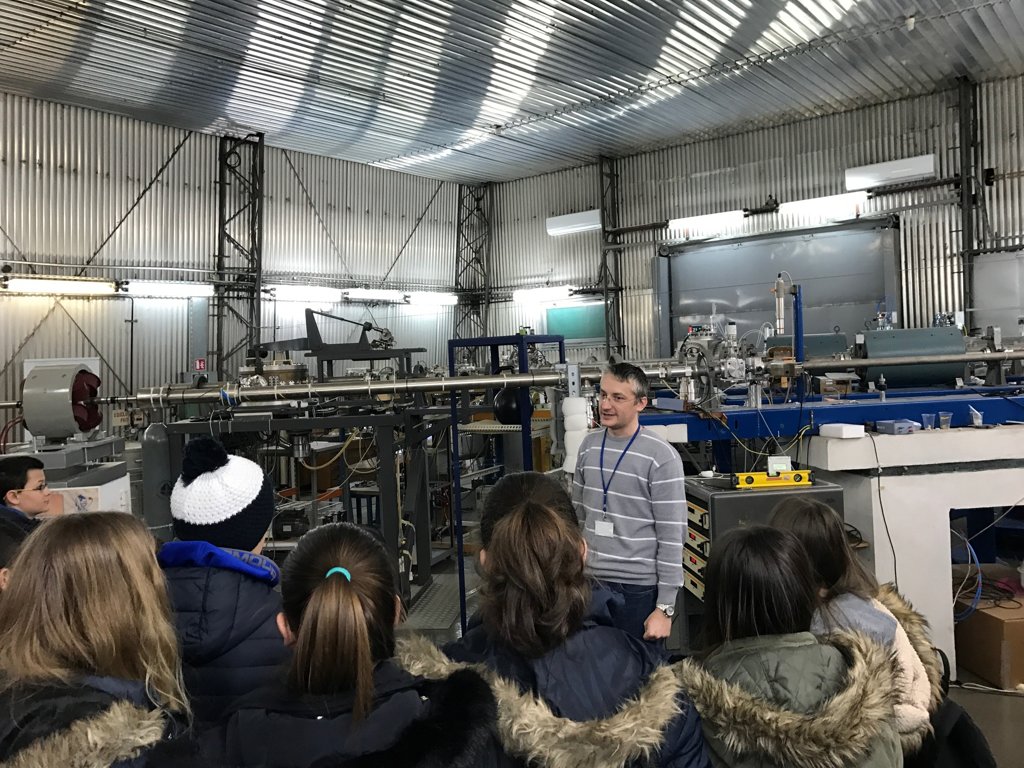 At the Division for Marine and Environmental Research, students participated in the workshop „Geo-chemical features of natural waters – traces in the water“. They were taught about the importance of researching the geo-chemical features of water, and were also given the chance to experience what such research projects entail, namely, the preparation of experiments and their implementation, as well as techniques of different chemical analyses in the laboratory.

Through these workshops, the students revised what they had been previously taught, but also learned a lot from the respective fields in a new and interesting way. The feedback was overwhelmingly positive, and most students showed a great interest in the things they had observed at the Institute.